Why My Business Accepts Bitcoins – and Why Yours Should Too

Why My Business Accepts Bitcoins – and Why Yours Should Too

Bitcoins. It’s a pretty hot topic right now. For some, it’s also something that’s a bit mysterious and controversial. I mean, how in the world can you have a global virtual currency that’s completely decentralized and completely unregulated?

A type of money that isn’t controlled or regulated by any bank or government is enough to make some people just a tad uneasy. That is, until you learn more about what bitcoin is and how it works. In my opinion it’s one of the smartest, most forward-thinking innovations of our generation, and it just might reshape the way we all do business.

Before we talk about why I think it’s a good idea for businesses to start accepting bitcoins, how about I give a brief overview of what bitcoins actually are (for those who know, skip ahead).

BITCOINS: WHAT ARE THEY?

A bitcoin is a virtual currency which can be used to buy and sell things and are exchanged over a peer-to-peer network. Strangely enough, no one knows who developed bitcoin other than an internet pseudonym by the name of Satoshi Nakamoto.

But the strength of bitcoin is is not derived from its creator but the coding of the network behind it. The coding is completely open-sourced, meaning that it is there for the world and any naysayers to see. It has been heavily scrutinized time and time again, and the consensus is that the coding is not only brilliant, but secure.

The coding behind bitcoins and its network is what allows for bitcoins to be exchanged. It also allows for the creation of bitcoins to come about through a process called mining. Similar to how one mines gold to extract it from the earth, bitcoins miners have sophisticated computer setups that run continuously to extract bitcoins from the coding architecture.

In the past year, bitcoins have seen themselves increase in value from only a few dollars to over $1,000 USD per coin. Currently at the time of writing, one bitcoin equals about $550 USD.

WHY MY BUSINESS STARTED ACCEPTING BITCOINS

I run a virtual accounting firm called Xen Accounting, which places a heavy emphasis on technology and the cloud. Naturally, many of my firm’s clients are in the tech space and those in the tech space tend to also gravitate towards bitcoins. From some of the meetups I attended, I started to hear more and more about bitcoins and my curiosity peaked. I then ended up writing several articles on the accounting and taxation implications of bitcoins here on Techvibes, a largely untouched topic by the vast majority of accountants due to its complexity and lack of guidance by the tax authorities.

The articles I wrote received a good amount of attention until one day I received a call from the Canadian Virtual Exchange, our bitcoin exchange here in Canada. They basically wanted to know if my firm wanted to start accepting bitcoins as payments. The lightbulb clicked and I immediately said yes. It just made so much sense.

From there, my firm became the first professional accounting firm in Canada to accept bitcoins as payments. Not only did accepting bitcoins in my business open up a whole new market for my firm, but it also better accommodated existing clients to pay for our services the way they wanted to. It was a win-win.

WHY YOUR BUSINESS SHOULD DO THE SAME

My foray into bitcoins came purely from self-interest. I was interested in the space. From a business standpoint though, two critical goals for most businesses is to increase sales and to service your customer base. Accepting bitcoins as payments in your business can help satisfy both of those goals.

The bitcoin boom has created overnight millionaires and these people are looking for something to do with this money. The daily volume for bitcoin transactions can go as high as $100 million. That’s nothing to sneeze at. People are trading bitcoins around the globe; it’s time to get in on it.

Same thing with your existing clients. As bitcoin becomes more and more mainstream, a good chunk of your current customer base will likely be dabbling in bitcoins. Offering them another way to pay for your product or services is just another way to accommodate your clients and give them a choice.

And lastly, your business will get media attention. My firm, for instance, was featured in several articles, interviewed on the radio, and featured in our local newspaper. The media is infatuated with bitcoins. It’s a great story. When a local or traditional business start accepting this exciting new form of currency, the media wants to tell their story.

HOW TO START ACCEPTING BITCOINS AS PAYMENT

My business has a merchant account with our trusted Canadian bitcoin exchange, Virtex. From there we can issue invoices as well as receive payments in bitcoins, convert them to Canadian currency, and then transfer it to our business bank account. So if you want to transfer your bitcoins to a bank account, this is a good option.

If you don’t care about having your bitcoins converted to your local currency and just want to hold on to them and trade them elsewhere, you can register for a free online wallet at Blockchain.info. From there, you can give anyone your bitcoin wallet address and they will be able to send you bitcoins. You can then send your bitcoins to any other wallet in the world should you wish.

Lastly, you can use services such as those by Bitcredits.io, which I discuss below.

RISKS TO BE AWARE OF

There is also no denying that the price of bitcoins are quite volatile. This is a risk if you are accepting bitcoins. If you hold on to them, you could gain or you could lose from the fluctuations in price.

If this is a concern for you, there are steps you can take to mitigate this risk. For instance, some of the exchanges allow you to translate your bitcoins to local currency immediately upon received your bitcoins in order to avoid price fluctuations, so really a lot of that risk is eliminated.

There are also services out there that actually act as an intermediary for bitcoin transactions to eliminate this risk as well. The guys at Bitcredits.io here in Canada, for example, have developed a brilliant widget that you put on your e-commerce site which allows you to accept bitcoins as payments without your business even having to touch bitcoins. Customers scan the barcode widget with their phone, bitcoins are sent through the widget as payment for your goods/services and Bitcredits will then process the bitcoins and send you Canadian dollars in turn.

What we are currently seeing happen today is likely the greatest disruption of our generation since the internet. Our monetary system was designed decades ago and currently sits on an old, slow, regionalized foundation. Our monetary system was not designed for the internet and globalized trading. This is where bitcoin comes into play: to create a truly globalized currency.

Will bitcoin be the MySpace or the Facebook of virtual currency? No one knows. But what I do know is that either bitcoin or a variant of bitcoin is here to stay. I would bet my bottom dollar on it. 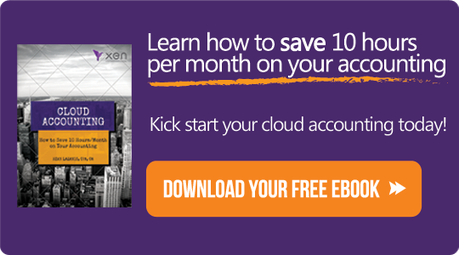